The object of the project is a religious banner painted by Giulio Cesare Procaccini between 1615 and 1620. The artwork, painted on both sides, measures h 230 x w 220 cm; originally made for a church in Milan, in 1805 it became part of the collection of the Gallerie dell’Accademia di Brera. After being exhibited in Pinacoteca di Brera from 1806 to 1850, the painting was put in the storage due to its poor condition. 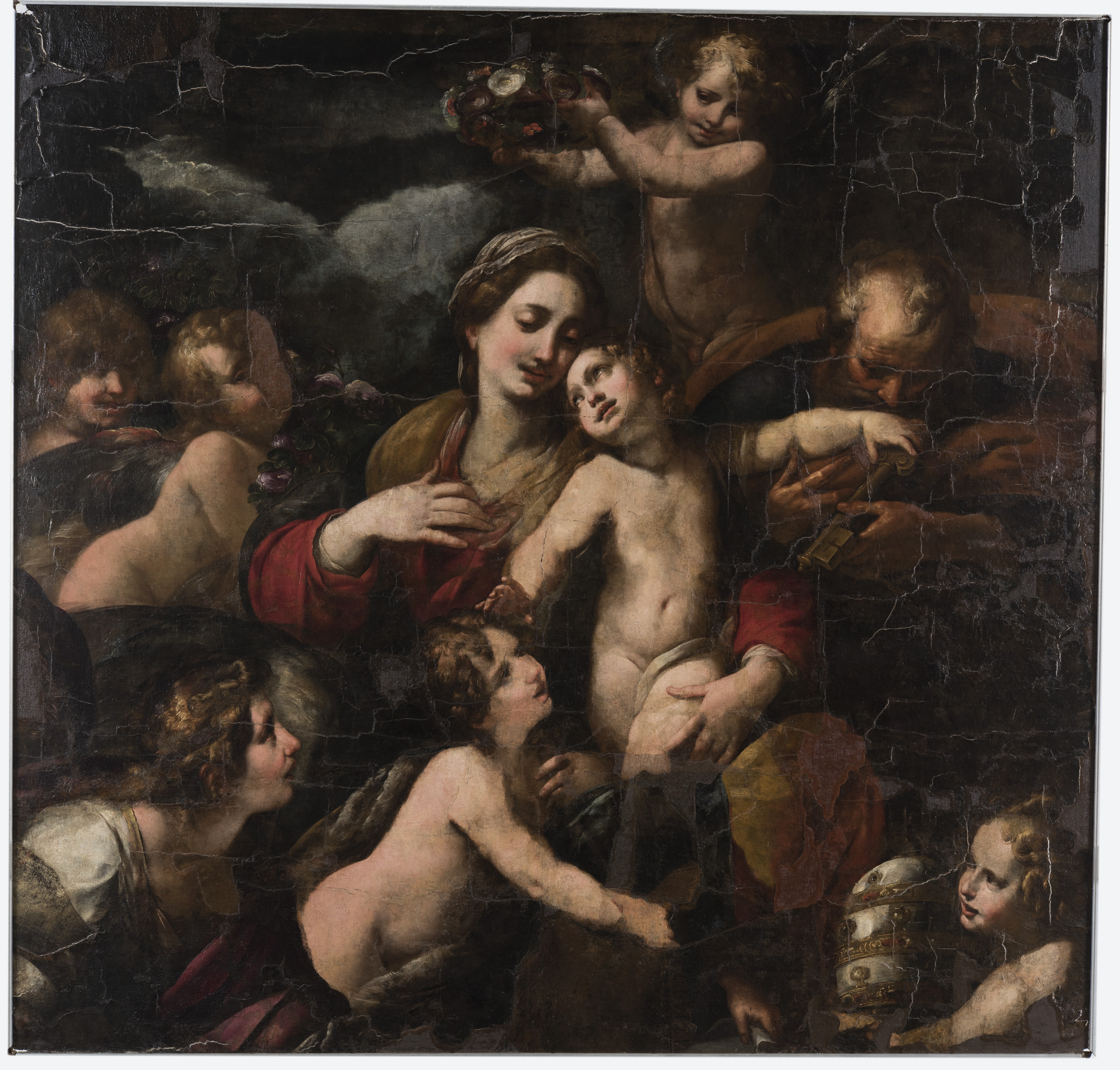 Front and back of the banner

This artwork, unique example of painted banner by Procaccini, has the characteristics of an oil painting on a linen canvas, with ground and paint layers on both sides.
The banner underwent at least two conservation treatments in the past, the last one in the 1980s by the conservator Franco Rigamonti.
Both of them included structural operations such as tears mending and application of inserts in correspondence with vast lacunae. In addition, during the last treatment, Rigamonti applied a transparent lining on one side of the painting using a silk canvas with a PVAc-based adhesive, and a constant tension aluminium stretcher with corner springs.
The previous treatments did not fully solve the conservative issues of the banner and the application of elements such as the stretcher turned out to be damaging 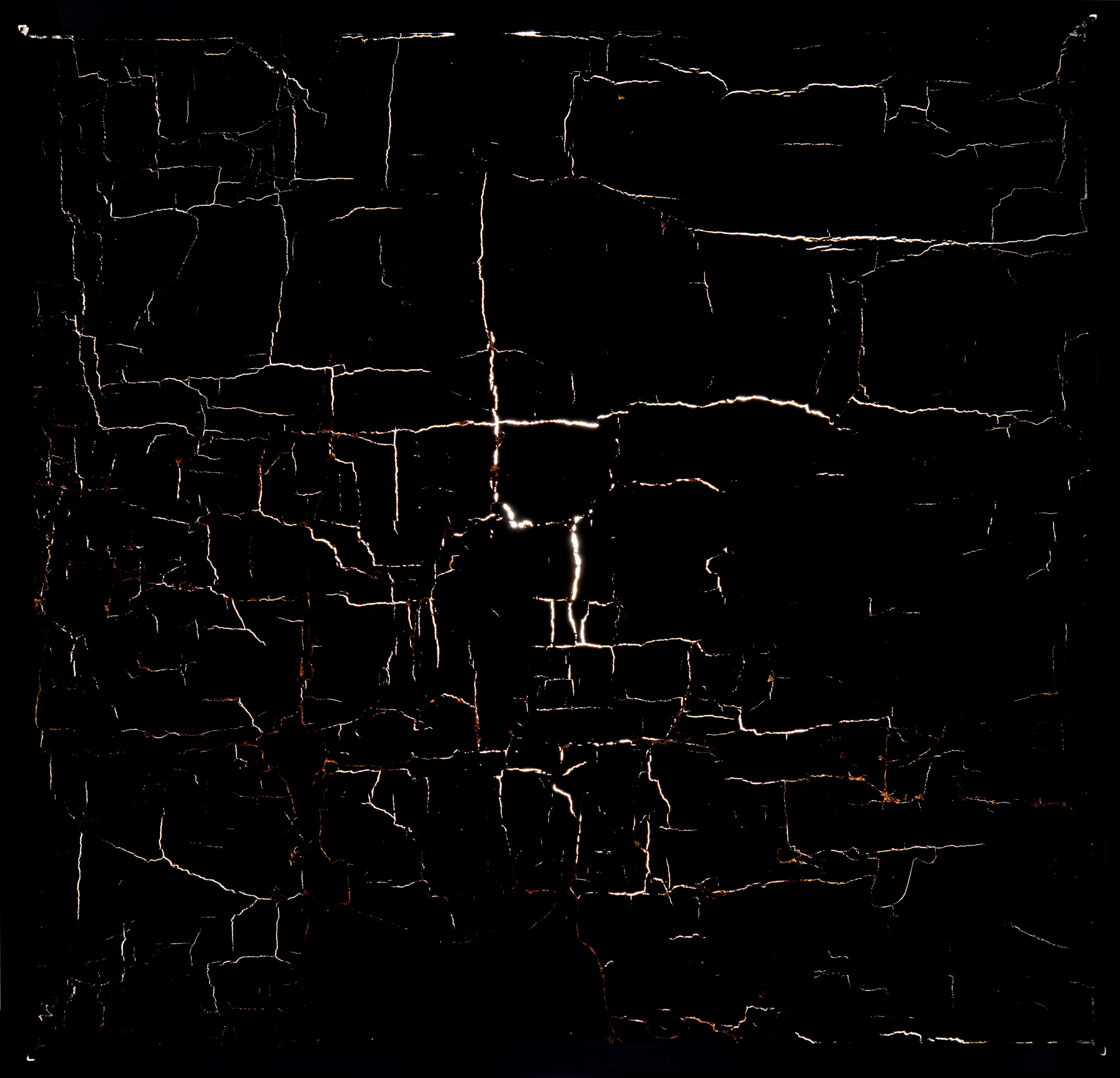 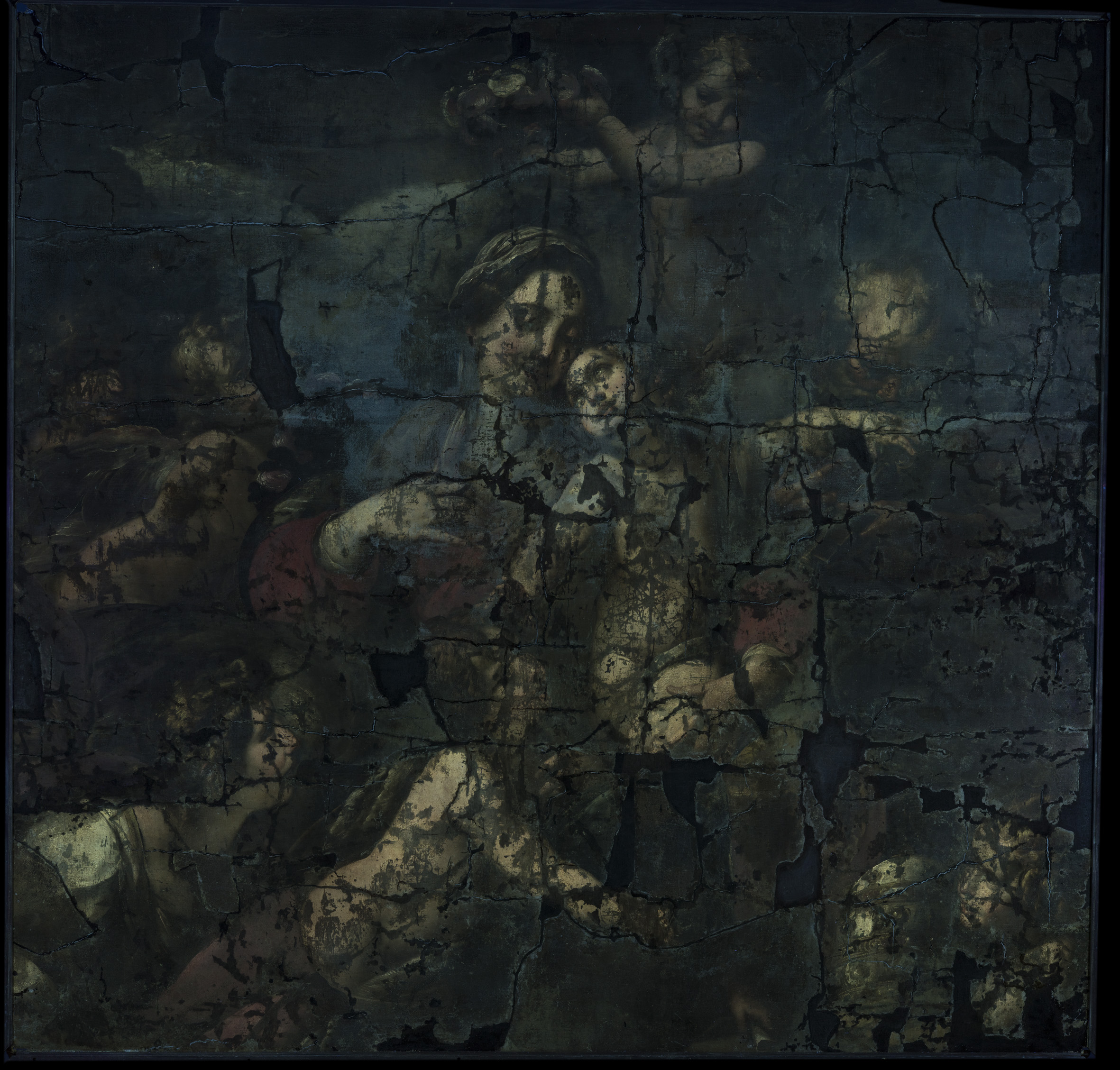 Transillumination photo and UV of the back

The main issue of the banner is the fragmentation of the support induced by the presence of approximately 170 tears. The causes of this deterioration are the use of the artefact, the degradation of the fibers of the canvas and an overstretching of the painting. The adhesives used in the past do not appear to be adequate anymore as they show issues such as loss of adhesion and/or cohesion. The original canvas presents also some distortions as well as an excessive stiffness and fragility caused by the presence of non-original materials onto the painted surface. Finally, the PVAc-based adhesive used for the lining (probably Mowilith) has ageing issues such as yellowing and acetic acid release as a result of the hydrolysis process, producing negative effects on many constitutive materials of the artwork.

The peculiarities of the banner, including the characteristic of being painted on both sides and its critical state of conservation, call for a specific evaluation of the methods and the materials to be used for the conservation treatment. Moreover, the necessity of exhibiting/stocking the artwork in a correct form – vertical and observable on both sides -  and the will to avoid re-lining, call for an investigation into the mechanical properties of the materials used to mend the tears.